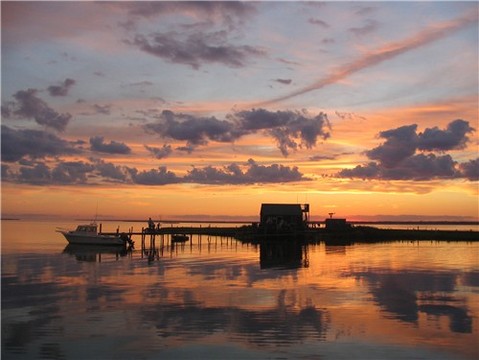 Let's Put the Shack Back!
The Pattersquash Gunners Association has been around since 1922 and counts itself as one of the oldest waterfowl clubs on the East Coast. While membership is open to any resident of Brookhaven Town, when a slot is available, the club has many families that can claim to have 3rd and 4th generation members. The shack is an integral part of our waterfowl hunting, providing a safe haven and a base of operations during the waterfowl season. 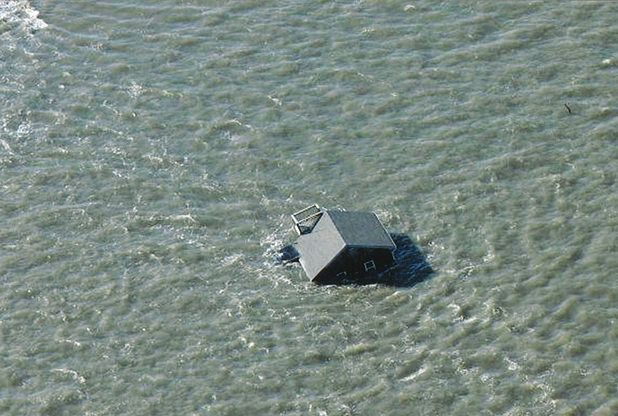 The shack directly after Hurricane Sandy.
As many people know the beloved shack of the Pattersquash Gunners Association and the island that was its home were destroyed due to the result of a new inlet that formed during Hurricane Sandy. The shack was treasured by not only the members of Pattersquash, but also members of the surrounding communities such as Bellport, East Patchogue and Brookhaven Hamlet. A treasured morning ritual of many residents and members of Pattersquash alike was to hoop the dock at Bellport and glance across the bay to Pattersquash Island and see the shack standing a silent watch over Bellport Bay. Sadly, they are no longer able to do that. The members of Pattersquash are determined to change that and rebuild our beloved shack on a nearby island. In order to accomplish this, we need your help in raising sufficient funds. 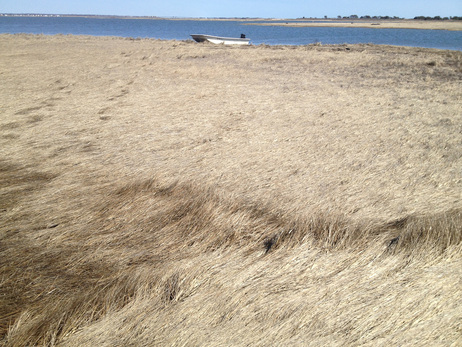 Proposed land where new shack will be constructed.
The club is well along in the process of securing the necessary permits to rebuild and is targeting Fall 2014 to begin construction and target completion is Spring 2015. Besides soliciting individual sponsorships, the club will be hosting a benefit gala at the Bellport Country Club in August. Please help us restore this important piece of not only waterfowling history, but Long Island history!